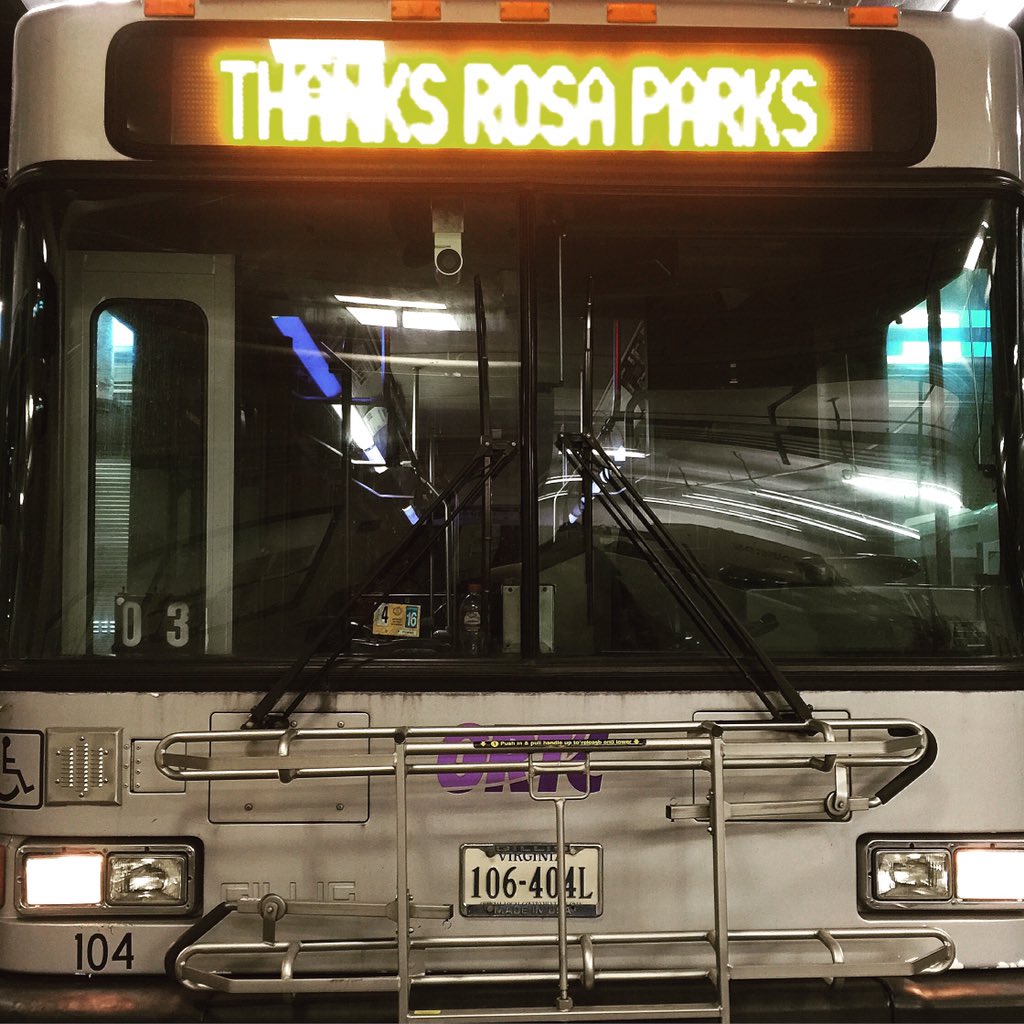 We are proud to honor #RosaParks today, her birthday. http://www.ridegrtc.com/news-initiatives/press-releases/grtc-celebrates-black-history-month-rosa-parks-and-local-history-makers-hon …

Rosa  Parks is most well-known for her act of defiance on a Montgomery, Alabama  bus on December 1, 1955 that changed the course of history. On that date, Ms. Parks refused to give up her bus seat to a white passenger. She was arrested and fined. Four days later, in response to Ms. Parks’ arrest, a year-long bus boycott began. It ended when the Supreme Court ruled that segregation on public transportation was illegal.

Yes, this  is just a symbol but it also represents how things have changed in the “Old South.”   Richmond was the capital of the confederacy . Even today, you can visit the Museum and White House of the Confederacy.  Virginia and its capital Richmond have come a long way  from the days when the school system was closed during the 1950s and 60s  rather than be integrated.

I am proud to be a Virginian and  I have tried to keep my gentle Virginia accent, even while  not living there for years.  People will always ask where I am from.  I know exactly what they are asking and say, “I live in New York, but I am from Virginia!”

I am a retired elementary teacher, well seasoned world traveler,new blogger, grandmother, and a new enthusiastic discoverer of the wonderfully complex country of India. Anne
View all posts by annetbell →
This entry was posted in Uncategorized, USA and tagged Black History Month, Capital of the Confederacy, Dallas Texas, Richmond Virginia, Rosa Parks, seat reserved in the front for Rosa Park. Bookmark the permalink.

4 Responses to Honoring the 103rd Birthday of Rosa Parks