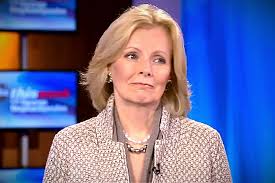 Peggy Noonan is  the speech writer for Ronald Reagan who touched hearts with her metaphors and inspirational words. (Husband thinks she should have lived in the 18th Century with her often flowery language!  ) She is the spokesman for the right where Maureen Dowd is often  the writer for the  left in American politics.

By PEGGY NOONAN   THE WALL STREET JOURNAL
Dec. 11, 2014 7:57 p.m. ET
186 COMMENTS
The “torture report” exists. It shouldn’t—a better, more comprehensive, historically deeper and less partisan document should have been produced, and then held close for mandatory reading by all pertinent current and future officials—but it’s there. Anyone in the world who wants to read it can do a full download, and think what they think.

Its overall content left me thinking of a conversation in the summer of 1988 with the pollster Bob Teeter, a thoughtful man who worked for George Bush’s presidential campaign, as I did. I asked if he ever found things in polls that he wasn’t looking for and that surprised him. Bob got his Thinking Look, and paused. Yes, he said, here’s one: The American people don’t like the Japanese.

It surprised him, and me, and I asked what he thought it was about.

He didn’t think it was economic—he saw in the data that Americans admired Japan’s then-rising economy. He didn’t think it was World War II per se—he didn’t find quite the same kind of responses about Germany. We were quiet for a moment, and then our minds went to exactly the same place at the same time: Japanese torture of American soldiers in the Pacific war. The terrible, vicious barbarity of it. When the war ended, American boys went home, and the story of what they’d seen, experienced and heard filtered through families, workplaces and VFW halls. More than 40 years later, maybe it was still there, showing up in a poll.

It was just our guess, but I think a good one. A nation’s reputation in the world will not soon recover from such cruel, systemic actions, which seemed to bubble up from a culture. You’ll pay a price in terms of the world’s regard.

The arguments over the deficiencies of the torture report—we’ll get to some in a moment—have in a way overwhelmed that point.

But America should never again do what is asserted and outlined in the report, which enumerates various incidents of what I believe must honestly be called torture. American policy should be to treat prisoners the way we would hope—with clear eyes, knowing it is a hope—our prisoners would be treated.

The war we are engaged in is different, we know, and it is still going on and will be for some time, but it won’t help us fight it to become less like ourselves and more like those we oppose. Torture is not like us. It’s not part of the American DNA. We think of ourselves as better than that because we’ve been better than that.

It is almost childish to say it, yet children sometimes see obvious truths. We can’t use torture methods and still at the same time be the hope of the world. You’re an animal like the other animals or you’re something different, something higher, and known to be different and higher.

Someone has to be the good guy. For a long time in the world that has been our role. You might say it bubbled up from our culture.

We should not judge those who, in the months and years after 9/11, did what they thought necessary to forestall further attacks on America’s civilian population. They went with the legal guidance they had, propelled by the anxiety we all experienced. “There was no operating manual to guide the choices and decisions made by the men and women in charge of protecting us,” wrote former Nebraska Sen. Bob Kerrey this week in USA Today. None of them should be abused, embarrassed or prosecuted now.

But who is more hawkish and concerned about our security than Sen. John McCain , and who has more standing on the subject of torture, having been tortured over 5½ years as a prisoner of war in North Vietnam? He was denied medical treatment, starved, beaten, his arm rebroken and his ribs shattered; he was made to stand and put in stress positions, and put in solitary confinement for two years. This week on the floor of the Senate, he said the kind of practices outlined in the report, whose issuance he supported, do not produce actionable intelligence and “actually damage our security interests as well as our reputation as a force for good in the world.” He added: “The use of torture compromises that which most distinguishes us from our enemies, our belief that all people, even captured enemies, possess basic human rights.”

What the report contains is believable but insufficient; it’s not the whole story, it’s part of the story. Those involved in the episodes outlined should have been interviewed, and were not. The investigation and report should have been conducted so that they could win full bipartisan involvement and support, and were not.

The most stinging critique came from Mr. Kerrey, a Democrat who served eight years on the Senate Select Committee on Intelligence, which issued the report. In his USA Today piece he slammed the report’s partisanship: “I do not need to read the report to know that the Democratic staff alone wrote it.” The Republicans refused to take part “when they determined that their counterparts started out with the premise that the CIA was guilty and then worked to prove it.”

The purpose of the committee is “to stand above the fray and render balanced judgments,” but “this committee departed from that high road.”

Worse, wrote Mr. Kerrey, is the “disturbing fact” that the report “contains no recommendations. This is perhaps the most significant missed opportunity, because no one would claim the program was perfect or without its problems.” At the same time, he said, no one with real experience would claim it was completely ineffective. “Our intelligence personnel—who are once again on the front lines fighting the Islamic State—need recommended guidance from their board of governors: The U.S. Congress.”

There are more questions about the report. One is that it is generally understood to reflect longstanding tensions between the committee and the CIA. Another is the timing—the report was issued just as a defeated Democratic majority walked out the door, and has the look of a last, lobbed stink bomb: “See what the terrible Bush administration did? Bye now!” There is about the entire enterprise a sense of sin being expiated at someone else’s expense. The committee’s job is to oversee the CIA. If its own report is true, it didn’t do a very good job.

It can be hard to take seriously a report that seems largely a product of partisan resentment, guilt and blame shifting. And yet it outlines believable incidents of what is clearly torture.

The report is out there. If any good comes of it, it can be as a final demarcation between an old way of operating and a new one.

I would love to hear your thoughts about this column and have some debate!