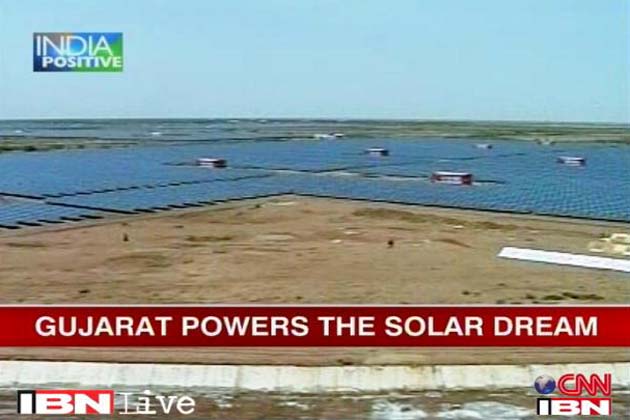 Gujarat is pioneering sustainability in India and the world.   This project  is at the Narmada Canal where solar panels have been installed over the canal. They will protect millions of gallons of water from evaporation,eliminate the need of the acquisition of fertile farming land, which is a major cost of  solar energy, and produce electricity. Because of these multiple layers of sustainability, the World Bank is much more likely to give low borrowing rates on the  money needed for such projects.

Gujarat  is the first Indian state to  complete  such a project, though the Punjab  was the first to envision this solar project a few years ago. It seems a very effective approach  there as it is a large agrarian state. But their attempt at this project  has not started as of yet.  Since the idea became public, Mr. Modi’s state has planned and built a 1 MW solar installation which is producing 2/3 of the needed electricity in India.  It was started in November 2009 and will be fully activated in December 2013.  In the states of Tamil Nadu and Rajastahn  work is progressing on their own projects. Plans are underway for a 10 MW project , also in Gujarat.  The Clinton Foundation headed by former President Clinton is working closely with these projects because of the need all over the world for both power and especially water. On the opening of this solar project there were dignitaries from all over the world who were anxious to see it.

I lived and taught in the Phoenix, AZ area for 7 years, and heard much talk about Phoenix becoming a “solar city”!   Phoenix has similar climate, weather, including monsoons,  and desert landscape as much of India.  But as far as I know not much has been done except talk about the solar city dream.  Maybe they will be inspired to get something  done by  seeing Mr. Modi’s Solar Deals! 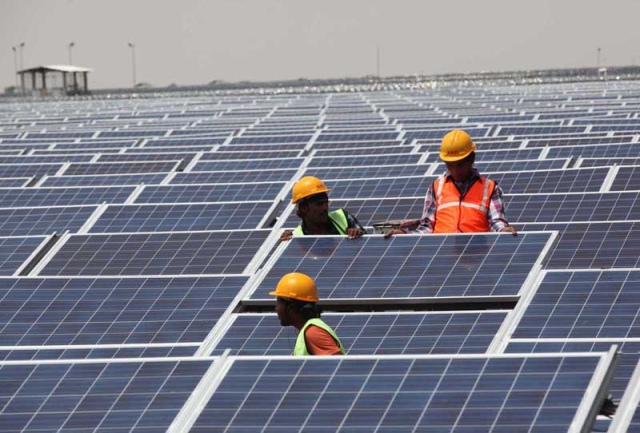 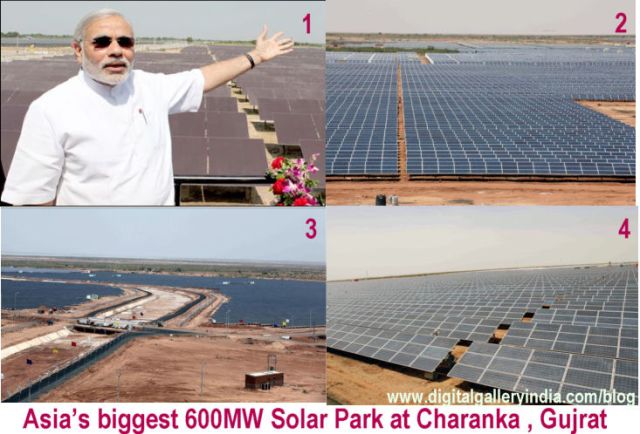 “Gujarat has shown the way with the commissioning of the world’s first 1 MW                 canal-top solar power plant in the Mehsana district.”