HISTORY OF THE MONUMENT
The final resting place of the kings and queens of France. Built on the grave of Saint Denis, a Bishop of Paris who died in 250 AD, the royal abbey of Saint-Denis was, from the death of King Dagobert in 639 AD until the 19th century, the burial place of 43 kings, 32 queens and 10 servants to the monarchy. The basilica was raised to the rank of cathedral in 1966.

A museum of sculpture. Featuring over 70 recumbent statues and monumental tombs from the Renaissance, the basilica contains within its walls the largest collection of funerary sculpture from the 12th to the 16th centuries. 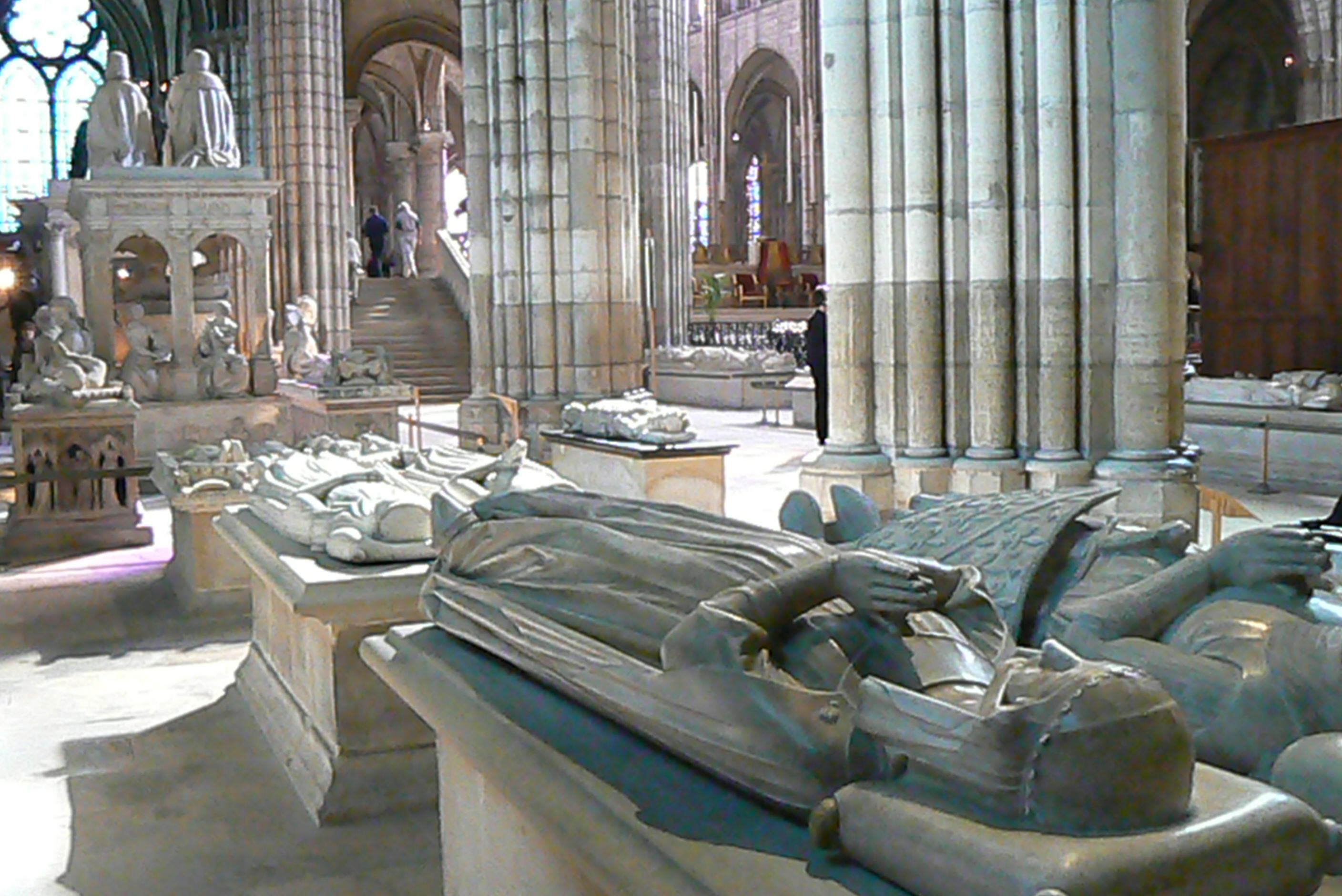 The birth of Gothic art.The church, designed by Abbot Suger, kings’ advisor from 1135 to 1144, was completed in the 13th century during the reign of Saint Louis. A major work of Gothic art, this church was the first to place a great importance on light, a symbol of divinity, in religious architecture.

Gothic Cathedrals are all about the arches and light which enters high in the church encouraging the pilgrims to look to heaven.

St Denis was the monk who converted France to Christianity so he holds a special place in the French culture. It is located in a suburb of Paris.  We had a little challenge getting there by train but the architect pulled it off.  The area around the Basilica has  lots of immigrants who are not Catholic. It will be interesting to see what the result of this clash of two cultures and faith systems will be.

We arrived late in the day , just before Vespers  which is about  30 minutes and often a boys’ choir  singing  prayers.  The acoustics are spectacular with all the notes bouncing  off the hard finishes.

St. Denis is what used to be the national cathedral in a  country which is more secular  now than religious.  It is the buried place for most of the kings and queens of French history.  Today, the French have no use for royalty, either.  Times have changed much in  France and it will be interesting to see what happens in the long run to these beautiful buildings which need much work and money to keep them in good condition.  Will the French government fund this work?  Time will tell.

3 Responses to Bascilica of St. Denis