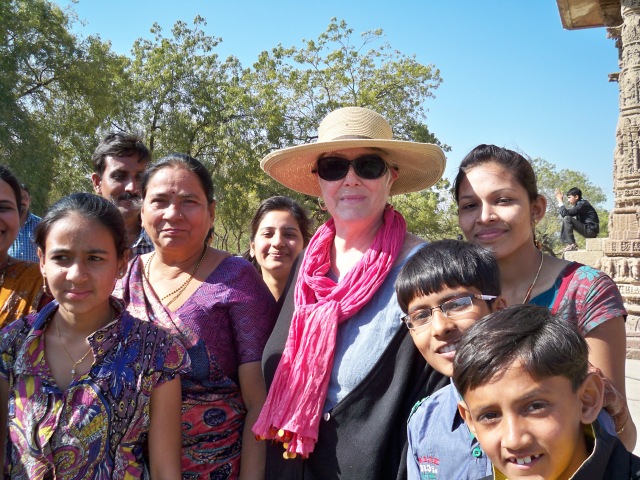 Posted first  on February 8, 2013by annetbell

The picture on my first entry was taken on our visit to this temple constructed in 1026 AD. It is not at present a place of prayer and worship which we knew immediately because we weren’t instructed to remove our shoes. It is listed now by UNESCO, a department of the UN, as a ” World Heritage Site.” We visited on a Sunday, as did many groups of school children on field trips to historical sites. These girls were in the 9th form, which I think is 9th grade.

I want to connect this for my former ancient civilization students to our study of Egypt and the sun god RA. Remember we talked about ancient Egyptians worshiping nature, and explaining the movement of the sun across the sky as Ra riding across the heavens in a chariot? The Indian myths describes the sun god, Surya, as “entering this temple each morning,and filling the place with the warmth of his first rays.” Spectacular sight as are hundreds of bats perching inside the domes of the temples. I was glad it was daytime, and they were sleeping. 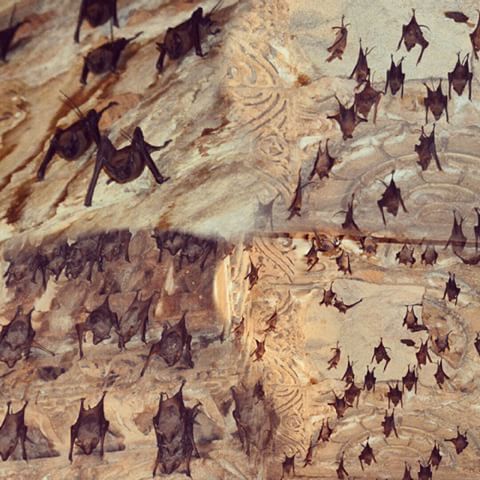 Bats perching in the  dome  !

I will be visiting lots of temples during this trip. India is considered the most “spiritual country” on earth. It is the birthplace of Buddhism which spread to the Far East, but now is experiencing a renewal in India. Currently, the major religions are Hindu, the largest, Jain, an off-shoot of Hinduism, Islam, Christianity, Sikhism, and Judaism. The people of India almost universally profess some faith system. In Ahmedabad, there are 17 churches which surprised us. Most practicing Christians live in the South. There was one church listed on the net that advertised a 8;30 English service. After riding in a rickshaw quite a distance, waiting for 40 minutes, no one came. Finally some men said there was no service that Sunday morning! Oh well, T I I……This Is India. ……..