Tea with the Dead 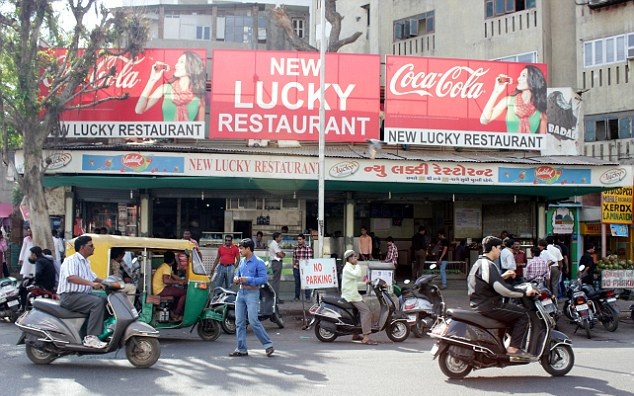 Just an ordinary tearoom where many, mostly men, gather for there morning chai. As good as the food is, the charm and draw of the shop is the mystery of Muslim tombs scattered throughout the shop.

The owners do not know who is buried in their shop but they continue to offer incense, flowers and respect to the souls buried there.  There is an unproven theory that they could be  soldiers from the foreign side were killed in battle and buried where they fell  in a nearby battle near “the red door”. The graves would not be Hindu because of their practice of cremation of the dead.

This is a picture of the most popular breakfast of  creamy spicy traditional Indian chai and the sticky-sweet maska bun jam.  Delicious it is!   Indians  pour the hot beverage into the sauce, swirl  it around to cool it,and then drink from the saucer. 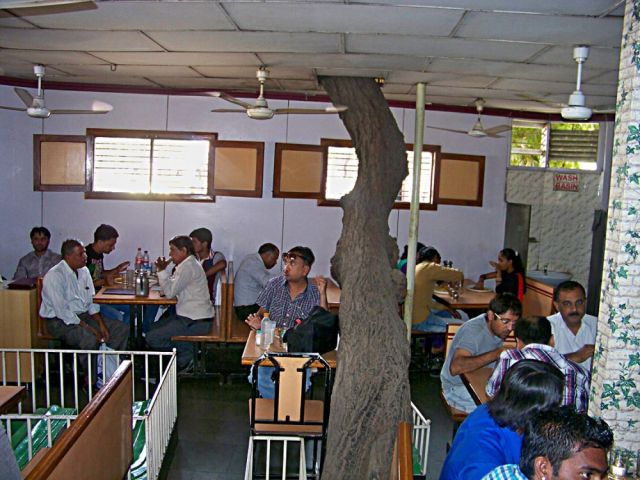 Another unique feature of the shop is the  that as the shop grew, not only graves but also trees are now incorporated in Lucky.

The final unique feature is that Lucky Tea Shop is the only one in the world with an original  by the painter called Indian Picasso, MF Hussain.  He was a die-hard Lucky fan  whose first stop in Amdavad would be Lucky Tea for his beloved chai.  He got to be friends with the owner and promised to paint something for one of the walls. The work was themed on the Arabian Nights, camels, palms trees in the desert.

Who would have thought that such an ordinary tea shop could hold such mystery?  Oh yes, this is Incredible India!

33 Responses to Tea with the Dead