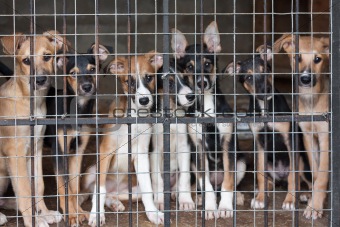 ” Please hold for a call from Dr. . . . . . ” I recognized the surname of one of my enrichment students, Scott, but I didn’t know his father. My stomach knew this was not an “good job” call to teacher me!

The doctor came on the phone and in a very gentle but firm way, told me what had happened the night before.  As their family parked at a restaurant, Scott had pronounced from the rear seat “I hate Chinese people,” as an Asian woman walked by the car!  Surprised, Dad asked his son,
“Why would you say such a thing?”

Scott’s reply was, “Mrs. Bell told me that they eat puppy dogs! I am calling to get your side of the story!”

I was horrified thinking back  to what had been used as an illustration of different cultures in yesterday ‘s class. I readily admitted that yes, I had used this as an illustration. I had a primary source from  people who had lived in a Chinese village. Shoppers would go to the butcher and then to the back of the shop to pick their puppy for supper!   It was true, but I had no idea of condoning eating animals we cherish as family pets.  It was  just to say  cultures have   different religions, foods, clothes, and entertainment.  I thought I had said, that though these are different from our culture, neither is “wrong or right” just different.  We need to try and understand and respect others’ practices , but I guess Scott didn’t hear that part. He was probably sitting there in shock thinking about puppy dogs!

I thanked Scott’s Dad, and said that I would address this as a class today during “Ancient Civilizations.”  I asked if he wanted me to speak to Scott individually, but he thought the  group approach was sufficient.

I tried again with my explanation.  There were Mama helpers in the room who were surprised at  how I  stressed my point. Jews and Muslims don’t eat pork, but many of us do. Hindus revere cows  but we eat steaks and hamburgers.  I told the moms about the phone call and how I wanted to be sure that not one child misunderstood. Who knows what  happened from my lips to Scott’s ears, but I wanted to very clear in the presentation.

Now I am sitting here thinking that this happens to adults  , too, as practices are judged and misjudged causing misunderstanding leading to hatred  between people and cultures.  This is one of the great aspects of blogging. . . . getting to know people who share our humanity but  are different in outlook, experiences, and cultures.   Each group needs to know that it is alright to respect others’ rights and cultures and still choose not to  “eat puppy dogs!”

26 Responses to They Eat What?