I was so excited when I remembered this site.  It is the #1 most viewed live video of all times!  A live streaming webcam is trained on bald eagles in their nest in Decorah Iowa at the Raptor Resource Project.  It became the #1 most viewed website when it reached 250 million on Upstream in 2011.

The nesting season is January, February with the ‘fledge’ in June. 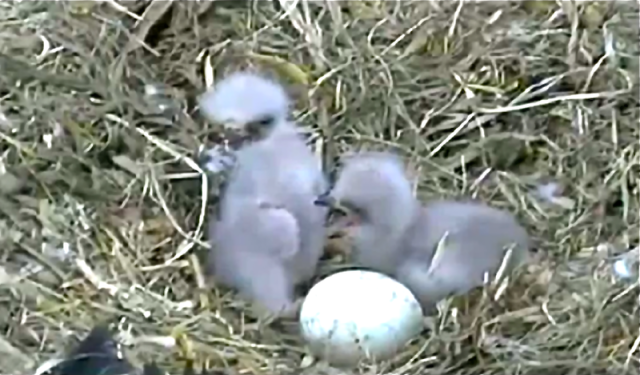 It is filmed in real time and you may see delivery of freshly caught prey, feeding of the eaglets, protection of the eggs or eagles from the weather and/ or prey.  Just eagles being eagles!   Infrared light permits 24/7 filming. 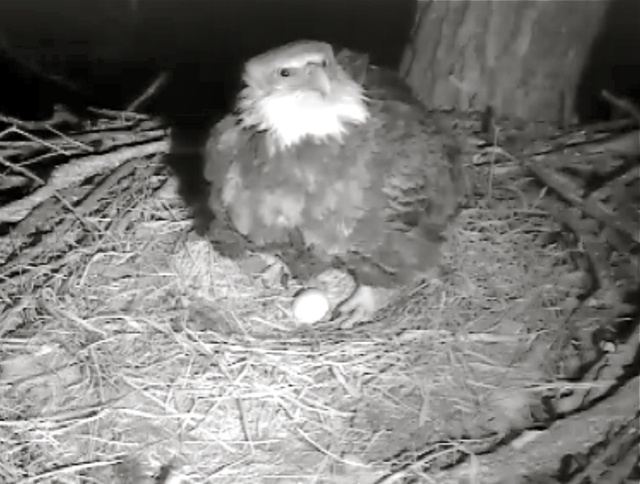 My classes  in Arizona ,during that 2011 season, contributed to the record breaking viewers. This was the year I first learned about this live stream.  The kids would watch it at home and during any break at school.  We researched and learned about eagles and their life habits.

WARNING: Viewing live eagles, up close and personal is very ADDICTING and not at all like watching paint dry !

17 Responses to Decorah Eagles Live from Their Nest