The Vision of Queen Ruda 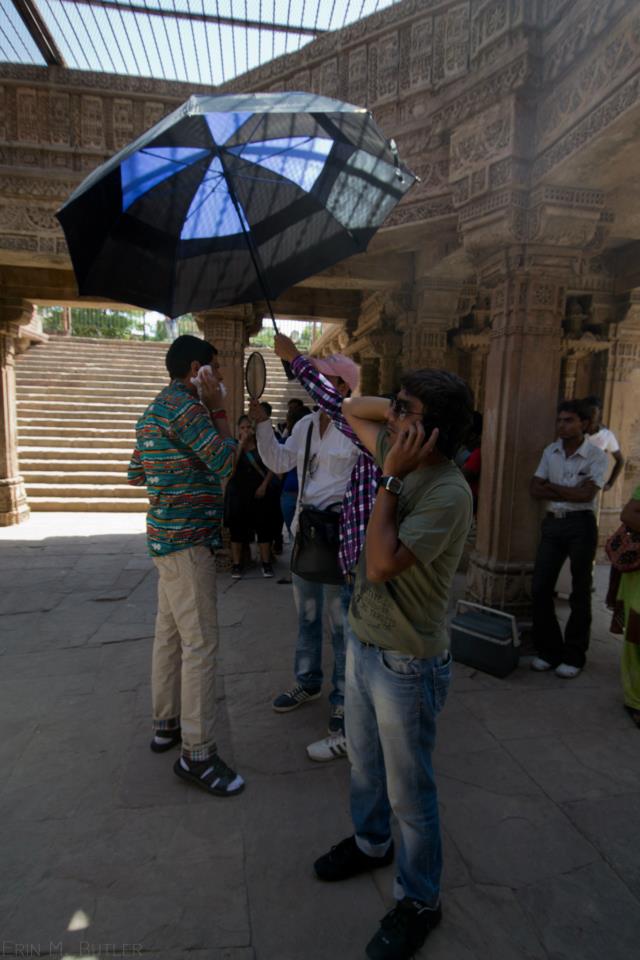 The star was always covered by an umbrella. He is quite well known and popular in the TV and Bollywood movies. Maybe someone can tell us his  name. 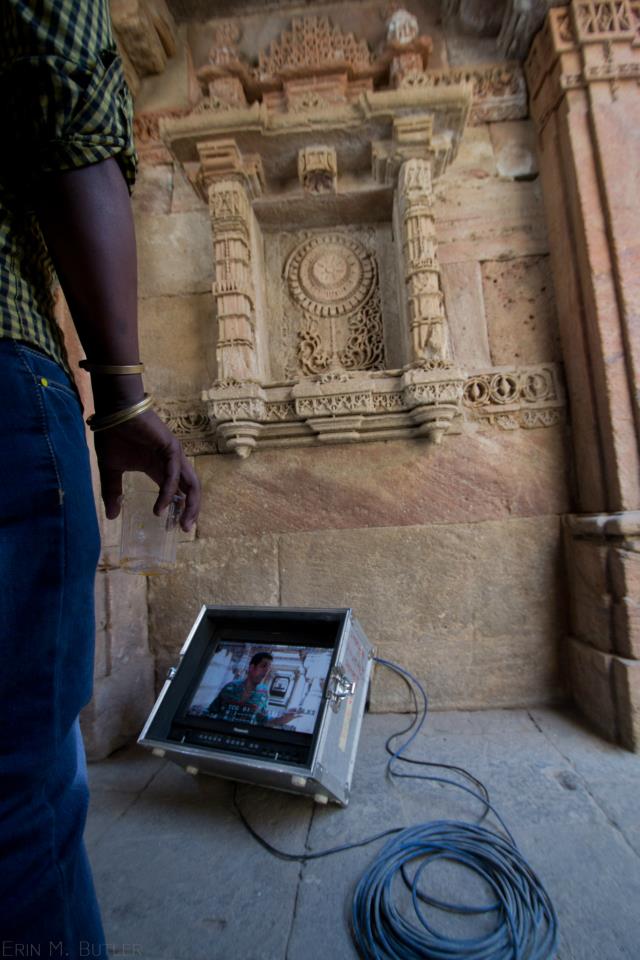 I always love these “clash of culture” pictures. . . . . both ancient and modern!

This large group of school kids stood absolutely quietly until the shooting was over.  Then they descended the stairs to learn about this historical site.  There is more  I have to share about  Adalaj Ni Vav and it will be in subsequent posts. 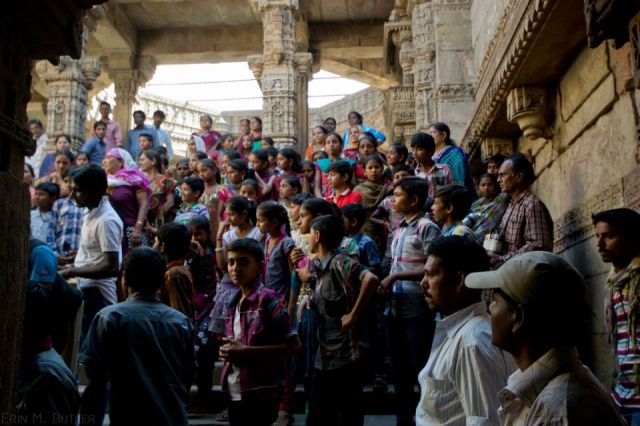 This is Adalaj Ni Vav considered one of the finest of the Gujarati step-wells and  is located more out in the outskirts of Ahmedabad than Dada Hari Ni Vav. https://talesalongtheway.com/?s=Dada+Hari+Ni+Vav

It was commissioned by the Queen Ruda, the wife of Vaghela Chidf Vikramsinh in 1498. She built it as a place of rest for  traders, pilgrims and women collecting the daily needs of water for their families. The well contains religious (Hindu) and secular (Muslim) carvings.  Locals still visit the shrine of goddess the second gallery to seek her blessing after marriages.

According to folklore, Sutan Begada killed Vikramsinh and asked his widow Ruda to marry him. She agreed but only after he finished her pet project which is now Adalaja Ni Vav which her husband had begun. The new ruler agreed.  But upon completion, the queen jumped to her death in the well shaft to demonstrate her faithfulness to her first husband. A second tale is that the new king asked the masons if they could reproduce this project. When they agreed they could, he had them killed to prevent any replication of such splendid craft. The stonemasons’ tombs are just above the step-well.

The first mention of this practice of self-immolation goes back to the 4th Century BC by a Greek historian.India has a long history of self-immolation of widows of kings and rulers.   The act is called sati  and today  is against the law in India.  There was a famous act of sati in 1987 when  a well educated 18 year old woman who was married only 8 months threw herself on the funeral pyre of her husband. There was a trial and people were convicted of encouraging this illegal act.

I wish there were images from the 15th Century, but there aren’t, just photos from our vists.  There is the filming of the TV show in which were were tourists playing tourists. 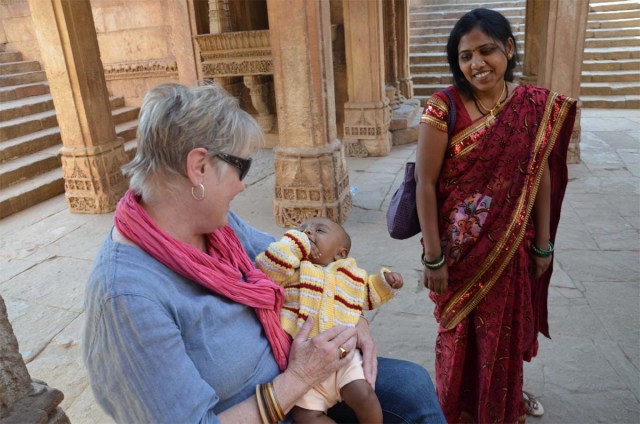 One of my favorite pictures which I have used before, is me holding the baby after he was placed  in my arms for me  to bless…by touching him on his head. It was quite an unexpected honor. Women were also taking my hat to have their pictures taken.  Amazing! I think Queen Ruda would approve, don’t you ?

I am a retired elementary teacher, well seasoned world traveler,new blogger, grandmother, and a new enthusiastic discoverer of the wonderfully complex country of India. Anne
View all posts by annetbell →
This entry was posted in Architecture, India, Uncategorized and tagged Ahmedabad, architecture of India, Hindu, history, India, Muslim, step well. Bookmark the permalink.

9 Responses to The Vision of Queen Ruda