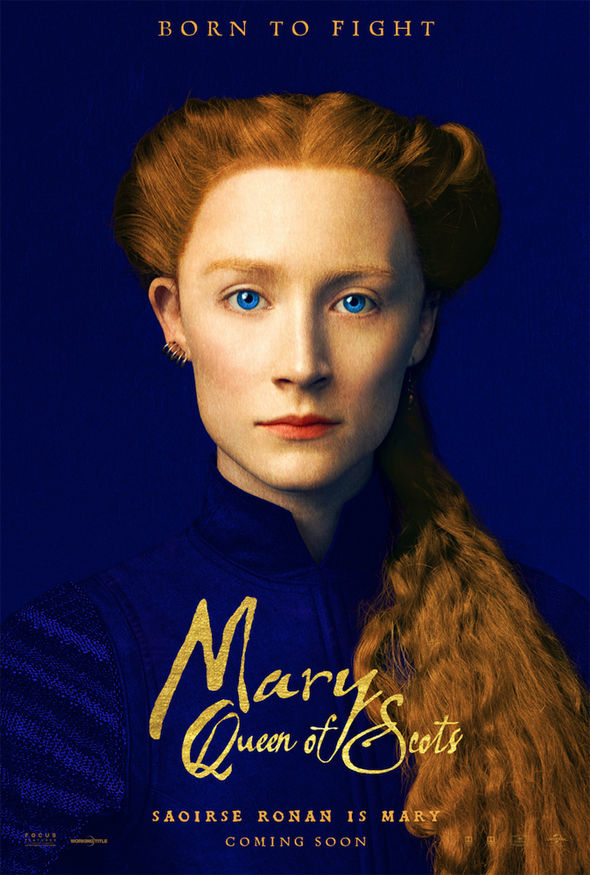 All through the film the wild and wonderful Scottish landscapes fills the screen, demanding  the viewer’s attention and compliment to  the queen’s fiery temperament.Though she spent much of her life in France as a child and as a bride and then widow Mary returned to Scotland to become Queen.  All this before she returned to Scotland where she  was “home.”

Mary’s reign was 1542-1567 and the film opens with her beheading. The film tells her story and that of her first cousin, Elizabeth of England through connecting flashbacks.The stage is set with family jealously and intrigue, royalty, politics and faith and religion which always interests me. Mary was Roman Catholic which made it impossible for her to be the Queen of England. The English both royalty and common people were determined never to be Catholic after the religious drama of Henry VIII. Scotland became a  leader  of strong Reformation under the  guidance of John Knox who appears in the film.

I am interested in the history of religion and have worshiped in many Presbyterian Churches which began  in Scotland .  John Knox, in the film,  seemed a strange and often frightening man complete with long wild hair and foreboding voice and expression. His words seemed angry and intolerant often narrow minded. There was no generosity of spirit but an air of loving to hate. In a little research I found  that John Knox was in life, all those adjectives.  He was very intelligent though a man of the common people which  helped him communicate with ordinary people. His faith was strong and unwavering but with no emphasis on “loving his neighbor!! (Christianity Today)

I enjoy seeing history in film and even being challenged to do some further research .  I did find some criticism of a  major event in the film not being accurate and that Mary and Elizabeth  never met.   That doesn’t bother me as I feel that story telling is an important aspect of film.  It is not history , it is entertainment.

I am a retired elementary teacher, well seasoned world traveler,new blogger, grandmother, and a new enthusiastic discoverer of the wonderfully complex country of India. Anne
View all posts by annetbell →
This entry was posted in blog, blogging, books, cinema, England, film, France, politics, Religions of the World, Scotland, Uncategorized and tagged blogging, culture, faith, history, religion, Religions of the World. Bookmark the permalink.