A Beautiful Day in the Life of An Old Paratrooper 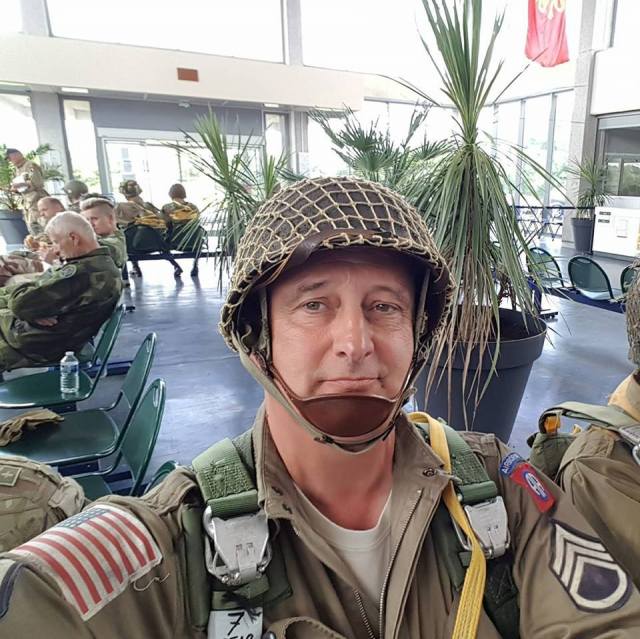 Here are Eric Labourdette’s  own words about his jump into La Friere Bridge zone in June 2017.   https://talesalongtheway.com/2017/08/11/eric-labourette-guide-extraordinaire/

” I wanted to jump to honor and remember the sacrifice of all those paratroopers who gave their lives  for our freedom.  I am an old paratrooper and a Navy Commando.  In May, I was at the jump school of round Canopy Parachute Team in le Havre in Normandy to jump. 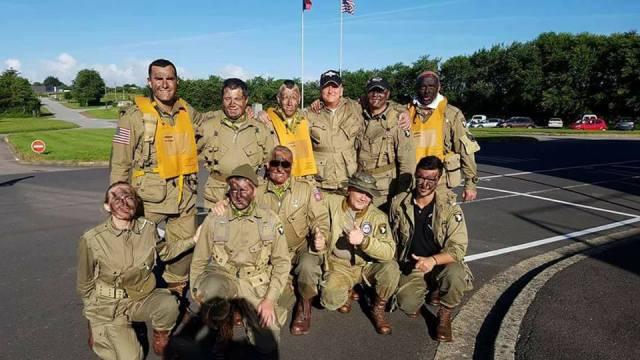 After five jumps, I was a paratrooper of the RCPT and it was possible for me to jump during the first week of June.  I was in  ninth position in the stick in the plane.

And my landing was at the end of the drop zone not far from Cauquigny.  I noticed the noise and vibration of the engine. But no one was firing !  The jump master ordered, “Stand and hook up.”  My heart accelerated.  The American jump master jumped first.  I remember to see the ground when I crossed the door.  Checked the canopy.  It was fantastic to see the drop zone, La Fiere Bridge and the large visiting crowd I landed at the end of  the DZ.

A grandfather was very close with his grandchildren.  They ran over asking to take pictures with me. I was proud and honored.  We took pictures with my M42 jacket of the 82nd Airborne.  I hope that those who died here can see that they are not forgotten.  This was a beautiful day in the life of an old paratrooper.

Eric ended, “This part of Normandy is a new star in your flag, God bless all those young soldiers who died in June of 1944.  ( Amen!  My affirmation with Eric’s prayer.)