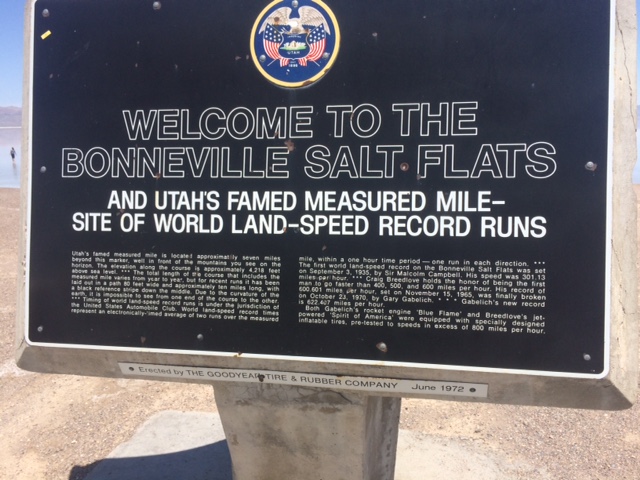 This amazing place has been on David’s Bucket list forever. Last time we were in Utah, we missed it and he made sure not to miss it this time! IT is 30,000 acres and 45 square miles and known as the ultimate speedway for drivers around the world.

There is a big push not to insure Bonneville is open for future drivers of hot rods .  every year thousands of visitors of commercial film makers, land speed racers and just ordinary people make Bonneville Salt Flats a world famous destination.

More  World Speed Records are set here than anywhere else in the world each summer by professional and amateur drivers.

It is safe, free, and open for anyone to drive on the flats.  David had wanted to  push his  Infinity on the flats. I was not thrilled but the flats were covered with about 2 inches of water now so  driving on the flats was out of the question. 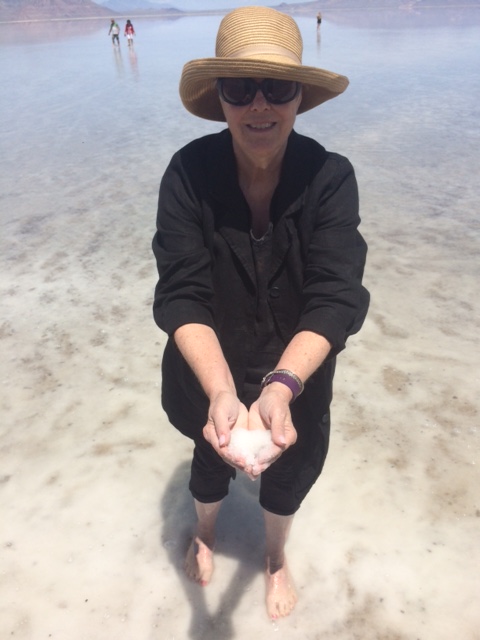 It is amazing that anyone who so desires ( after buying a permit) just drives down a small embankment and there you go to dream, speed and be part of the history of the “Fastest race track on earth!