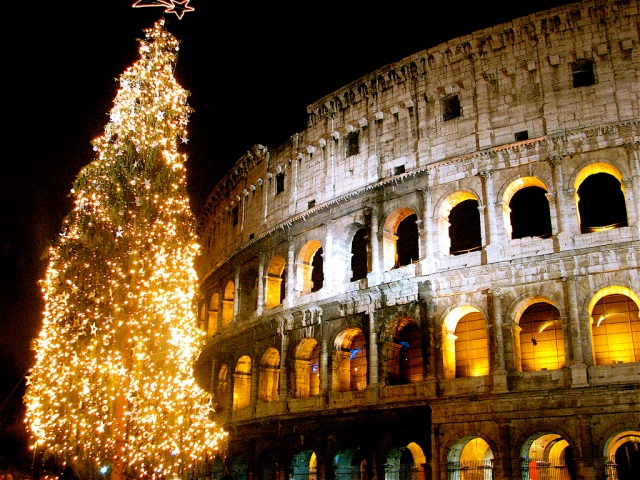 Let me take you back to the Roman Christmas my family had. David had taken students to spend the fall semester in Rome and the children and I were to fly over and meet him for Christmas.  The apartment he had that time was spacious and elegant, but rather noisy as it was high over a busy intersection.  Those of you who have visited Rome, know there is an endless shrieking  siren sound , day and night.

David had bought a lovely live tree and put a garden of poinsettias under it. There was lots of candy from the Piazza Navona Christmas market. As we walked around the city getting reacquainted with memorable places from past visits, we noticed next to no decorations, no lights of the trees or over the streets,  no wreaths etc.  Not a one of the many Christmas displays so prevalent in the United States. (This may be different now, as this Christmas I am recounting was in the 80s.)

In my previous post, I told you about  Christmas Eve ,the fish dinner tradition of ancient Christianity, and our foiled attempt to get to midnight mass.

We first noticed the deadly quiet from the streets below, as we awoke on Christmas morning.  Honestly, Rome is one of the noisiest cities in the world, but not on Christmas morning.  Next we noticed very few people  walking.  We hurriedly got dressed and headed to our Cappuccino Bar for breakfast. Not a single one in our neighborhood was open.  We walked near a church and there were groups of families going in.  Next, we noticed the missing  street vendors who sell flowers from Africa. . . . usually so colorful and fragrant, there were no  paperboys. . . . nothing was open. Everyone must be home with their families for Christmas morning.  I asked  David if had  any food in his apartment. . . some bread , wine, and fruit.  But of course we expected to eat at least dinner out while we were there.  And I had not expected to COOK!   Yikes. . . . Maybe a simple pasta? None of the restaurants were open for dinner, but we didn’t starve!

We were still dumbstruck that in this very secular city that it would completely shut down  for a Christian  holiday. Well  that was the case, Christmas in Rome is a family celebration and remembrance of the birth of the  Christ child  All day we saw families entering the cathedrals  with their children, and go to the presepe (nativity)  display of the long ago Bethlehem miracle.  They are amazing to see and each church has a special touch. . . a waterfall, or maybe  a moving star for the Magi to follow.

These magnificent churches  we had visited on other days, were  nearly empty for daily mass except for the older women in black were now drawing families to see, remember, and discuss the story of the Christ child.  Maybe it was just a tradition, maybe the respect of Romans for families and especially mothers, or maybe even in this secular country a tiny mustard seed of faith and hope  for the story of the Savior of the World  come to earth on a Christmas night, so long ago.

So on this December 23 as I remember a special Roman Christmas, I want to share with you pictures from Google Images of some of the magnificent presepe in the over 360 churches in Rome. 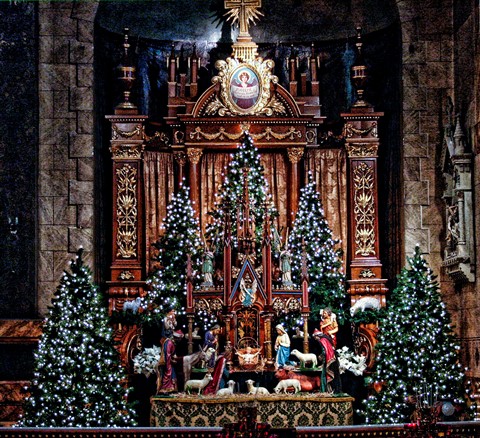 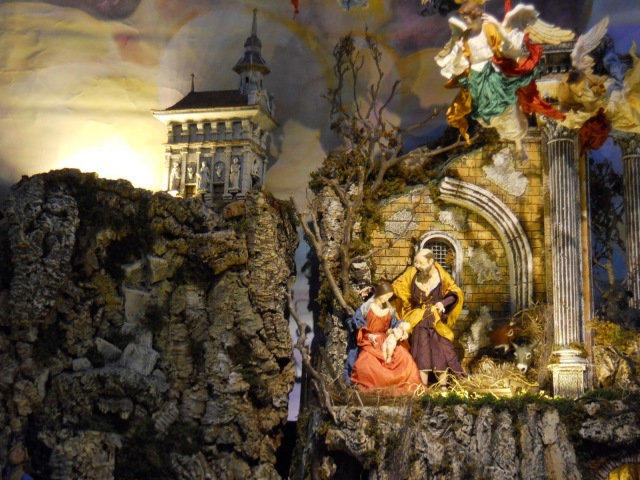 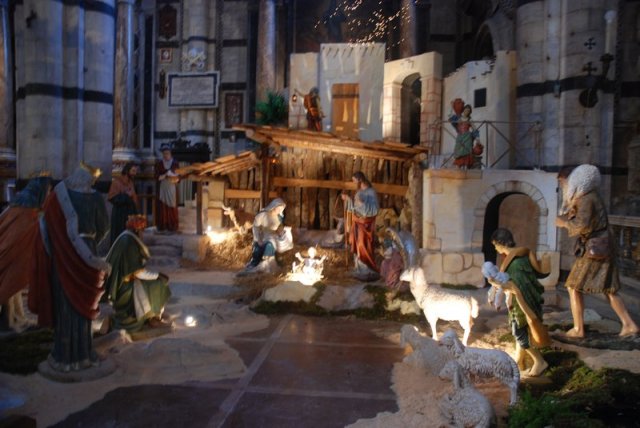 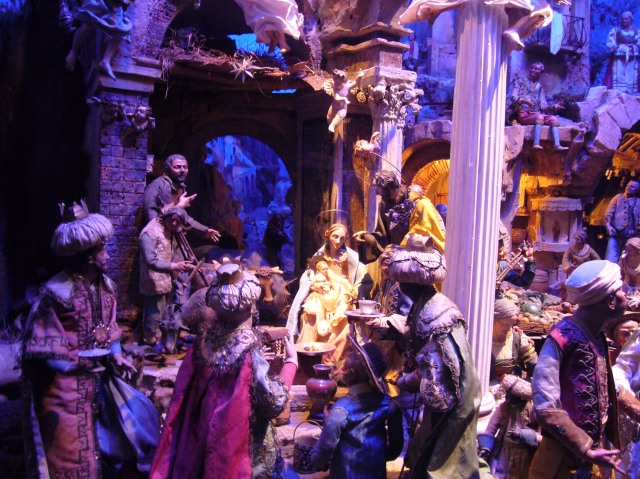 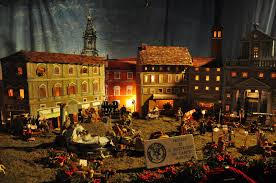