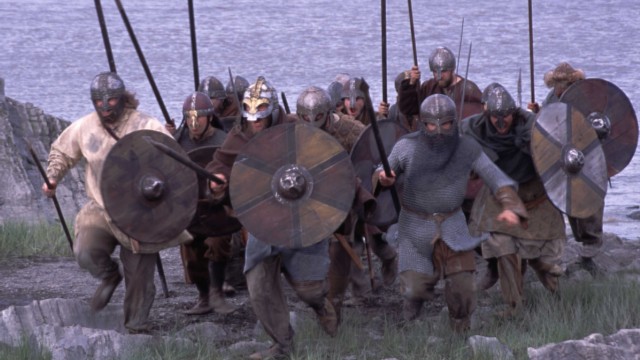 I am an absolute sucker for any BBC historical production, the writing, acting, accents, as well as the  English landscapes.  When I was at church, David found this new one  I saw only a part of the first episode, but enough to hook me and him alike.

“The Last Kingdom” is a new BBC TV series  in an 8 part adaptation of Barnard Cornwell’s series of historical novels, “The Saxon Stories”

The year is 872 AD. All the English kingdoms have fallen to the Danes except Wessex. King Alfred is standing alone .  The protagonist Uhtred  was born of Saxon noble blood and captured and raised as a Dane. He is forced to choose, as was Moses of ancient times, between the country of his birth or the people who raised him.

The popular “Game of Thrones” inspired many epic tales in the medieval period of history.  “The Last Kingdom” has no dragons or fantasy  but history proves as appealing as make-believe!