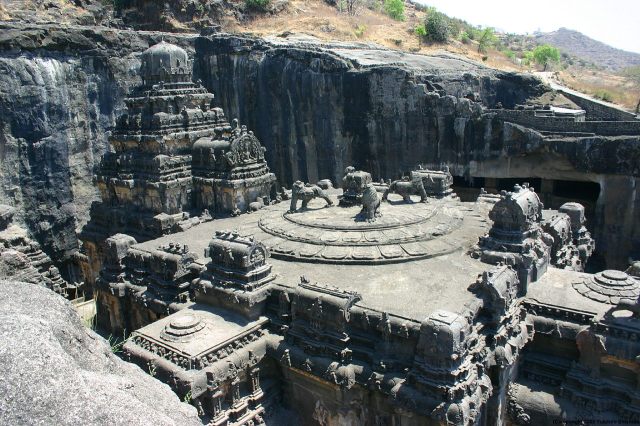 On our south trip, this was the last stop before returning to Ahmadabad after 13 days of travelling.   We had not gone there in 2013.  It is an breathtaking site of temple after temple carved  from the hillside.  We started at the Buddhist temples as they were the oldest, next came the Hindu temples  of which Kailasa Temple  is the crown jewel! We could enter and climb in all the temples. . . As we poked around in the first sites, David kept saying that there is more to come and he was right of course. Kailasa Temple in all her glory. Lastly, were the Jain Temples.

I am disclaiming David Wolfe’s idea of aliens.   For me this is just an amazing example of architecture that was  formed  by the creative genius of ancient incredible Indian people!

I would love to hear your thoughts. .  aliens or ancient talented excavators?