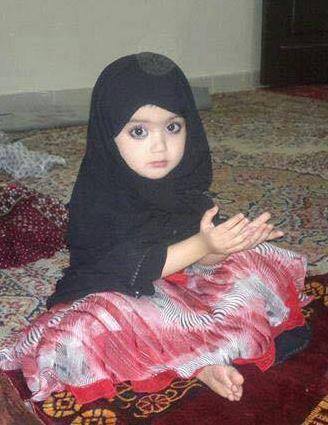 A Final Word On Pakistan:

Imagine that every time you have a lapse in judgment, it gets printed in newspapers around the world: every time you lose patience with your children, every time you scream at someone in traffic, every time you drink too much and do something you regret. Each time you slip up, everyone hears about it. The world is never notified about the 99.99% of the time that you are a completely normal, productive, law-abiding citizen. The world only learns about you when things go wrong. Now imagine what the world would think of you.

It’s not that terrorism, patriarchy, and violence aren’t real problems in Pakistan. They exist and the country is battling these issues every single day. Pakistanis are very much aware of the extremism in their midst. The problem is that so many people seem to only be aware of that extremism. Because just as in the hypothetical example above—the other 99.99% of life just doesn’t make the news. When there’s only room in the newspaper for a single column about Pakistan, it’s going to be filled with the most compelling story. And unfortunately, that tends to be the most violent story.

And those are important stories. Those are the types of stories that expose corruption, stop genocide, and alert the world to emerging threats. It’s right for those stories to be told. But when those stories are all that we hear, it’s so easy to imagine a world that’s far scarier than it really is. You lose sight of the 99.99% of the world that’s not scary at all. And living in fear can be a dangerous thing. Because if we’re afraid of each other, we’ll never be able to work together to solve our common problems.

I have not been to Pakistan, but I have Pakistani friends. Many years ago, we had some Pakistani students  in our home over a several year period.  After we had been to Egypt and had been treated so very kindly, having meals in people’s homes, being taken to an out of the way village , and taken to a wedding, I wanted to return the kindness of these friendly, welcoming people. I want to the  foreign student office of my husband’s university and asked for a Muslim student .Fayyaz had several roommates also from Pakistan , all in advanced degrees in some engineering department. This began a relationship of dinners,  and outings for fireworks or apple picking. I was told that the number one goal of all foreign students  who come to study in the States is to be invited to an American’s home!   These are the future leaders in their countries and who knows if someday they might remember that some Americans were kind to them when they were strangers in our land.  Gives us all pause!  I am still in contact with Fayyaz . He is married and has five beautiful children.  For years , he would call me on Mother’s Day!

My other Pakistani friend is Meena, with whom I taught for 6 years.  She is bright, an incredible teacher, and a  beautiful American born young woman.  She told me that she was terrified to come to school after 9/11 for fear the parents would attack her.  Thank God that didn’t happen.

I loved talking to and hearing about a faraway culture from precious people who in the long run are much like my family with desires and goals, and relationships and faith on a journey through this world, with hope for the future.  I heard about the Hajj , differences on the story of Abraham, Issac and  his first born son, Ishmael. Those young men knew an incredible amount of American history which amazed us. We were woefully lacking in our knowledge about Pakistan.

I sincerely think that if just ordinary people could sit and talk, we could  work many of the problems out in the world that are between different people and cultures.  Yes, there are differences but there is so much in common.

A couple of Sundays ago, there were both Indian and Pakistani families at my church. I could not tell them apart by looking. They had lived together mostly peacefully before for many years before  the ill thought out partisan in the 1940s.  One of the Pakistani ladies invited me to Pakistan.

I look forward to the day that is possible!

17 Responses to Last Word on Pakistan