The Giant’s Causeway is considered by many as the 8th natural wonder of the world! It lies on the north eastern  tip of Ireland on the Irish Sea.  And it is the most popular tourist attraction in Northern Ireland. It is an official UNESCO site of World Heritage. When you see it, you will instantly understand. There are 40,000 interlocking basalt hexagonal columns all natural in composition and placement. 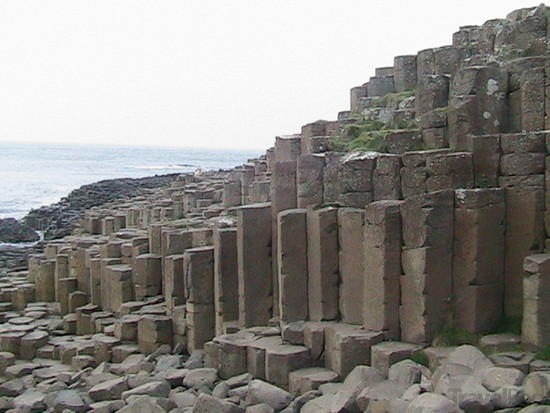 We climbed and walked rather gingerly over the stones. Such a contrast to say the Parthenon in Athens with the tape keeping visitors out of the  ruins that have lasted thousands of years.  The Irish invite adventure!

Scientists explain the causeway as intense volcanic rock that is 50 million years old.  But the local legend is that it was built by a giant, Finn  McCool!  I much prefer the Irish magician giant story. And after all there is proof with one formation a giant’s boot, no less.  Finn built the causeway so he could walk across the sea to Scotland without getting his feet wet.    The Scottish giant is Benandonner.  There are similar rock formations 75 miles away at Fingal’s Cave in Scotland. This video is a clip from the myth of Finn McCool. I bought a copy to share with the kids in Arizona. . . . expanding their education of other cultures.  It is is just minutes and I think it is great, but that is the opinion of an elementary teacher, after all!

A clip from the Legend of Finn McCool

And there is more to the Causeway . . . over the hills with a moderate walk there is a simple suspension bridge called Carrick-a-Rede rope bridge.

Is that not amazing?  The history is that  salmon fisherman started building bridges 350 years ago  to get over to that rock  because the best salmon were caught from there. 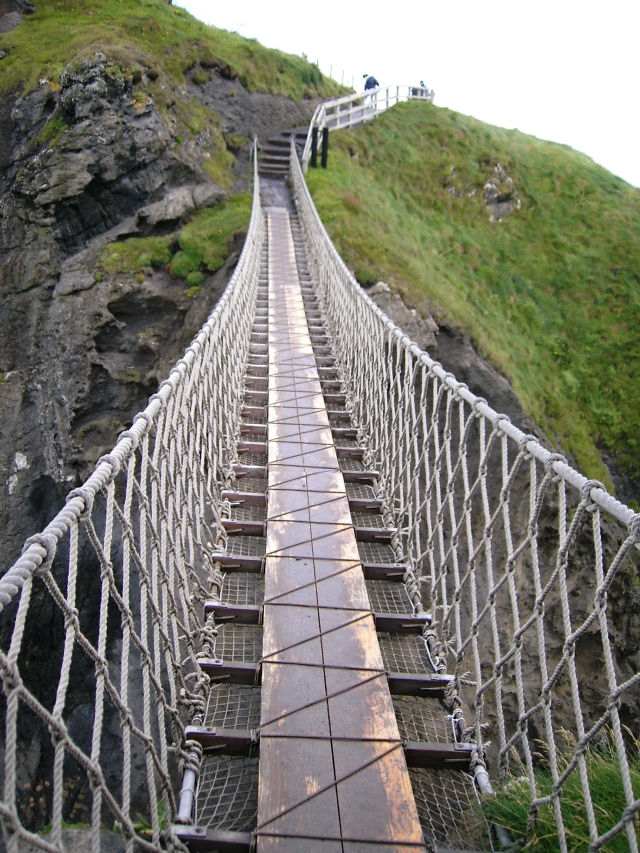 No one has ever fallen from the bridge, but some people have to be rescued by a boat after they  cross once but are frozen by fear to  return. I walked both ways but most admit to crossing both ways with my eyes shut tightly!   Crazy, I know.  Heard that before!

Here is  a tiny view  of crossing the rope bridge !

Anyone else been here or want to visit?

15 Responses to Fun Friday. . . Giant’s Causeway and the Rope Bridge