Are We Famous Yet? 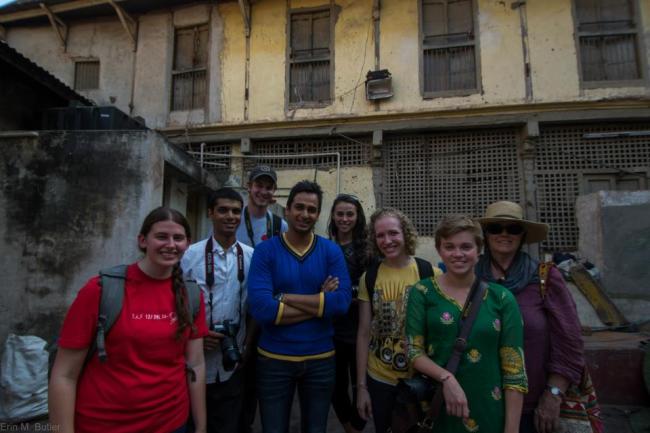 The two episodes of Indian TV on which we had cameo appearances were aired over this weekend. Basically, the first hour or part 1 was on Saturday, and the part 2 on Sunday night. For those who are interested to see us and have the patience to check it out, I am sending the addresses on YouTube. The girls got some great shots, and Guiana had a line to speak. I am there in my hat and maroon shirt. We had a marvelous time! All the sets are places in Ahmadabad. The show is shot in 5 of the major cities in India. It was a  little “National Treasure” , a little “Indiana Jones,” and a little police action drama!

I am not sure from whom I got the picture, but thanks to you ! It was taken in the old city at the end of our first day at a 500 year old temple.   The roof scenes are from the roofs of the Old City.  The museum  is the City Museum. You will recognize the night market into a giant restaurant http://youtu.be/WTrs5IqeNRI .

I have just looked  and we were edited from the  clips, but you can see us in the picture with the  star. We  never did know the plot as you will see it was in Hindi or Gujarati  but it looked exciting. The people at the hostel were very impressed that we were in such a popular show! Despite lots of time just standing around  waiting, we all really enjoyed  this Indian TV experience. Thanks to  Chandresh Bhatt Line Producer who invited, us and treated us royally during the shoot!

8 Responses to Are We Famous Yet?