I like this picture because it reminds me of the pumpkins my architect carved for our children. He was never satisfied with a traditional jack-o-lantern, but carved R2D2 and Picasso pumpkins among others for our doorstep!  From this  shot, you can see other non- traditional examples of carving.

In the United States today, Halloween celebration is a multi-billion dollar industry, second only to the celebration of Christmas because of the costumes, candy, parties, haunted houses, cards, movies and decorations.

But what is being celebrated? The roots of Halloween began over 2000 years ago by the Celts of Ireland , England and parts of France. It was the Fire Festival known as Samhain (sow-en)  and celebrated at harvest time. On that night the belief was that  the  spirits of the dead freely moved among the living. The fire was to protect the living.  In the 7th century, the Roman Catholic Church moved the celebration of All Saints Day to November 1 to replace this pagan Samhain celebration the night before.  October 31st became “All Hallow’s Eve or Halloween. The masks  and Jack-O-Lantern were to “scare away” the evil spirits.

Because of the origins of Halloween some people have changed trick-or-treating to harvest festivals for a more positive celebration.

Children love to dress up in costurmes and eat candy. Do I think most young children are celebrating evil spirists when they celebrate Halloween?  No, I don’t. But there is no question that the night has become darker with the masks and costumes as the children get older.  Years ago, parents had to start checking their children’s candy to make sure there was no tampering with it to harm their  children.  People started letting their children go only to  houses where they knew the people personally.  Decorations are getting more elaborate and sophisticated with characters and events in films that children could not see due to the rating systems.  I do think that it is sad that children these days are exposed to such extremes and that they are not able to just dress-up and eat their candy!

I loved these pictures from http://www.buzzfeed.com  with children in wonderful homemade positive, creative, fun costumes.  They remind me of my children who would go as buildings thanks to my architect!  Empire State, Villa Sovoye by Le Corbusier to mention a few! 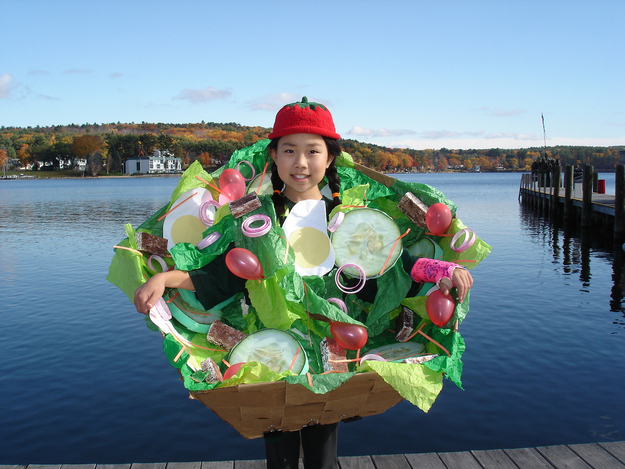 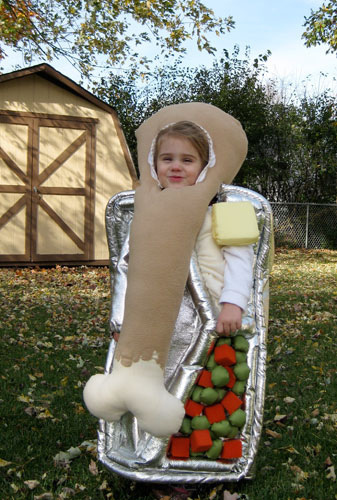 This little guy is the rock star formally known as Prince!

This is my favorite! 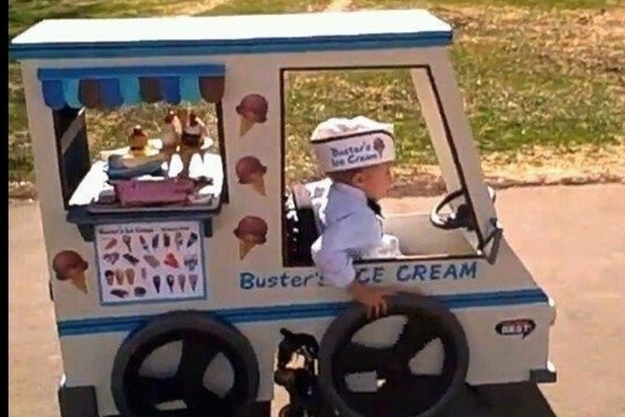 With all the use of cardboard boxes, some of the dads or moms could be architects!

This is Halloween in the  US!    Be creative!