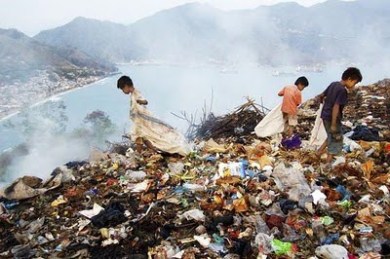 ” No reform is possible unless some of the educated and the rich voluntarily accept the status of the poor. . . . .and instead of taking avoidable hardships, discourtesies and injustice as a matter of course, fight for their removal.”   Mahatma Gandhi

This is one of the TV  segments that I enjoyed very much during my time in India.

People would nominate  their heroes who are making a difference where they lived. At the end of the year, ten are selected as heroes and finally one is chosen as the hero of the year. I would like to  introduce you to three of the heroes and include YouTube video for each, for those of you have a few minutes to watch and be inspired.  There are so many challenges in India and it would be easy to just throw up ones hands and say “It has always been this way, so what can I do about it?” These two men and one woman decided to try.

Narayanan Krishnan lived in Madurai. He was a rising star in the  culinary world being on the short list for a 5 star restaurant in Switzerland. One day he saw an old, sick man so hungry that he was “eating his own human waste.”  At that pivotal moment Narayanan changed his life’s path.  He now cooks and feels 400 souls a day and some literately.  Please watch his video: 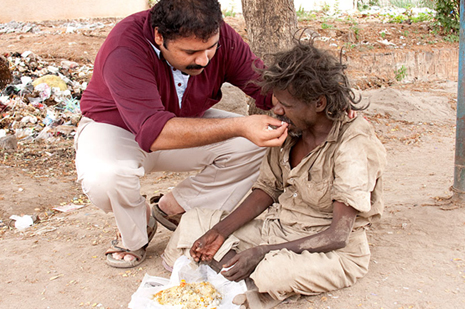 Next, I would like to introduce you to Praksh Rao who has a tea stall in  Cattack.  He provides free education for slum children who otherwise would have no education. There are some government schools nearby but the parents who have to scavenge find it hard to get the children to school.  Mr. Rao’s school is right in the area and provides 60 students education up through grade 3. There are 4 teachers whom he pays.  All this from a tea stall owner’s wages. He also has found a way to provide for limited medical services for these needy people including  blood transfusions. 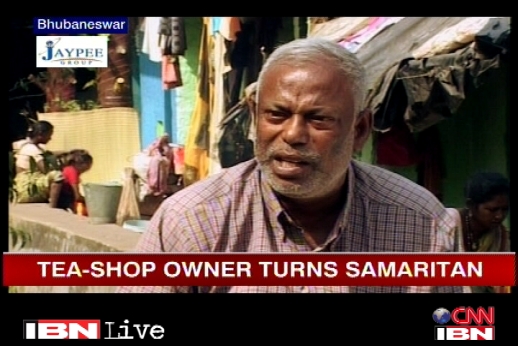 The last hero is  Priti Patkar, a woman in Mumbai who runs a night shelter for the children of prostitutes.  At first, that was rather shocking to me, but she explained.  Prostitutes’ children would have to come with their mothers when they work and thus be exposed to all kinds of child abuse.  Priti provides meals, beds and safe shelter  during the nights for these children. She is providing immediate safety and grooming them for a life other than the sex trade. 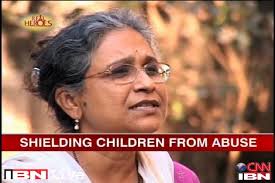 These three people are doing what they can to help the “least among us.”  Be inspired.

I am a retired elementary teacher, well seasoned world traveler,new blogger, grandmother, and a new enthusiastic discoverer of the wonderfully complex country of India. Anne
View all posts by annetbell →
This entry was posted in India and tagged blog, CNN, do what we can, feeding the poor, Heroes, India, inspiration, least among us, Mahatma Gandhi, schools for slum kids, shelter for prostitutes' children, slum. Bookmark the permalink.

7 Responses to Protecting the Powerless