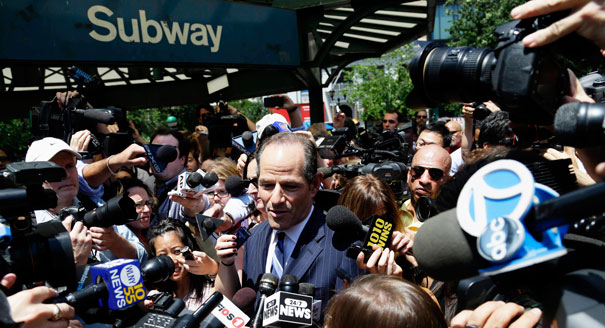 For those who have gotten past the title……thanks.  This year there are two very unusual races in New York City. Former  Governor Eliot Spitzer   has just thrown his hat in the ring to run for the Comptroller of  the city. What is unusual in that you might ask? Well he has quite the record in New York.  He  was a tenacious Attorney General ,known as “The Sheriff of Wall Street” in his search for  financial misdeeds.  Later, he was elected governor of New York State.  In his second year,it was discovered that he was using a  high-end call girl service. ( I notice I used a pun…hmmm)He had not been using public or campaign funds so he was never  prosecuted.  The thousands of dollars he spent , were his own funds.  Now he says that after five years of being away from public service he wants to reinvent the position of comptroller to be a  more activist position modeled on the financial watchdogs he instituted as governor. Mr. Spitzer says he has  confessed, punished himself by resigning, spent 5 years away, and now is asking the voters of New York City to forgive him.  He wants the voters to decide after they review his record.

This is Anthony Weiner who is running for mayor of New York City. He was born in the Brooklyn , served in City Council  and won a seat in the House of Representatives at the age of 27.  He served for 13 years.  He was a unapologetic old fashioned democrat in the years of George Bush.  The media loved his vocal and harsh opinions but the members of his   party thought he enjoyed his time before the camera more than substantive work in the House. In May 1211, it was discovered that Mrs. Weiner was sexting on the net. At first, he denied the charges saying someone must have used his computer. Later he confessed and resigned. As he announced  his run for Mayor this week,  he admitted to making big mistakes , but hoping for a second chance to work for  New York’s middle class.

Both of their wives have stayed with their husbands through this trying time. 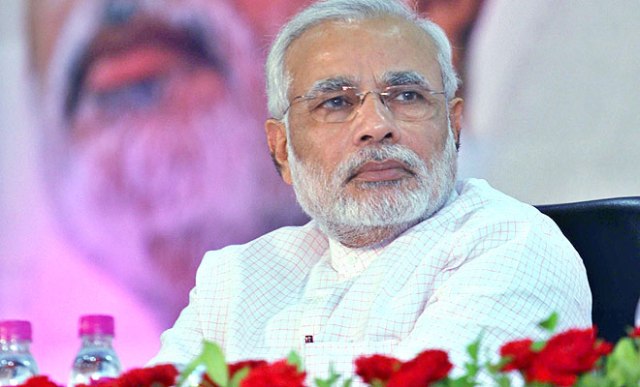 This is Nareda Modi, the Chief Minister of Gujarat, the state where we lived in India. It is thought that he will be the Prime Minister candidate of the BJP party next year in the elections.  India has maintained the English Parliamentary System, so people vote for representatives of a party and they elect the Prime Minister. He has been Chief Minister of Gujarat since 2001. He was born and raised in a lower middle class family in Gujarat.  He has recently been given a national position in his party seemingly to signal their support for him. He has started lunching with ambassadors from the European Union and even hosted an international conference on economic development in January attended by leaders from around the world. A few years ago, this would not have happened as Mr. Modi was shunned by the world because of his reported complicity in the 2002 Communal Riots in Gujarat.   Mr. Modi is a devout Hindu and criticism has been raised by many as to whether  he can be a secular leader in a country with so many devoted followers of many religions.

http://www.youtube.com/watch?v=WkzJ18b5fDk    A six minute video of the Communal Riots of 2002 made by Canadian Broadcasting Company

Mr. Modi has worked hard to overcome this reputation and  tries in his speeches to be secular.  To his favor, there have been no further riots against the Muslims living in Gujurat.  He is well known for the economic success he has had in Gujarat where his  new pro-business policy has been dubbed “The Gujarat Model” . During his time in office, the Indian per capita income has almost tripled. In 2003, the per capita in India was $530 and now it is $1600. Mr. Modi says the Gururat success has added much to the higher per capita in the country.   These people are all aspiring to the middle class. Mr. Modi is considered by the business and middle class to be the “man who delivers.”

Now the quandary.  Do these three men who want to serve in pubic life , but are flawed, deserve the opportunity? Should they be forgiven and allowed a second chance?  I am a Christian and I believe in repentance, confession and , redemption. I don’t know their hearts, only God does.  We are told to forgive 70 times 7.  Most religious models have similar teaching.  We must pray, observe , and vote. Both countries have that great gift and responsibility to vote. The electorate will watch these men, study their records, and   decide the question of whether or not they vote for or against these three flawed politicians.