It should come as no surprise that India’s preeminent crop is rice. It  produces 20% of the world’s crop, and rice is the staple of the diet  in the Eastern and Southern states in India. The usual number of harvests is two in tropical climates, but as many as  four have been reported. China is the #1 producer of rice, but  they are investing the reports of record rice production in Bihar, India where there is a claim of 22.4 tons yearly harvest from one acre of land.   The new methods that were used to produce this amount were less seeds and water, while stimulating the roots with organic manure. Many scientists are testing the soil and the conditions to explain this huge harvest. Could India lead in solving world hunger? 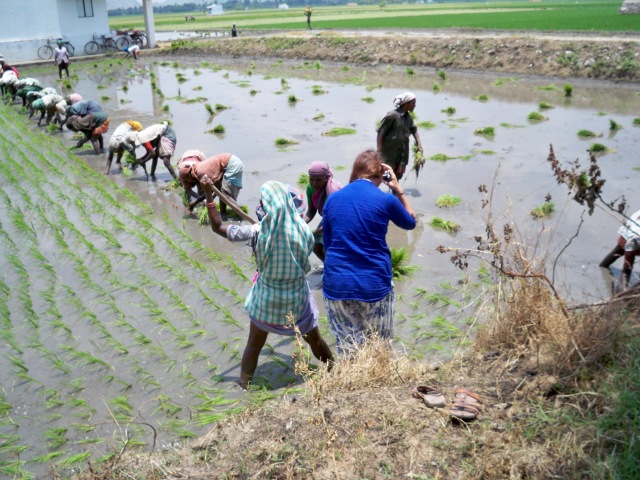 Our bus driver stopped to show us rice being planted as we entered Kerola. Mallory, in blue, always the adventurer, got right down in the paddie with the planters! 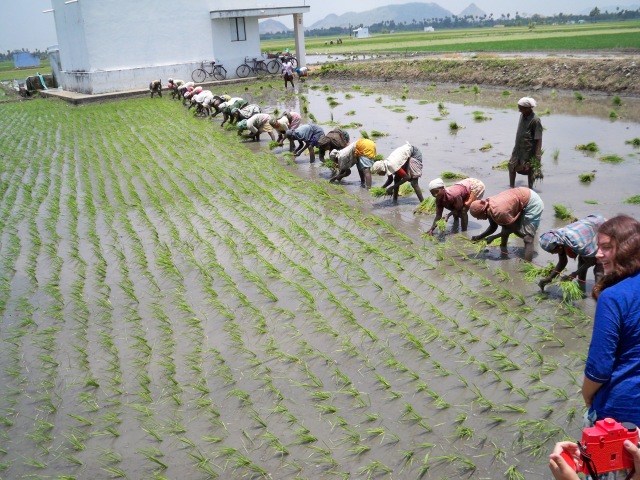 We did not see the fields ready to be harvested and these images are from Google. 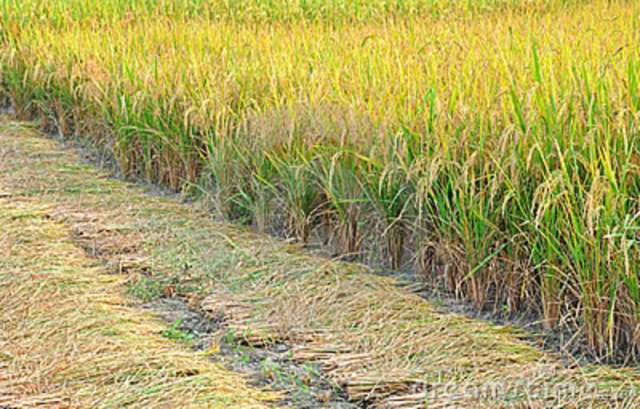 I am a retired elementary teacher, well seasoned world traveler,new blogger, grandmother, and a new enthusiastic discoverer of the wonderfully complex country of India. Anne
View all posts by annetbell →
This entry was posted in India and tagged China, India, Rice, travel, world hunger, World's #1 Food Crop. Bookmark the permalink.