Group of U-Va. students, faculty ‘deeply offended’ by Thomas Jefferson being quoted at school he founded 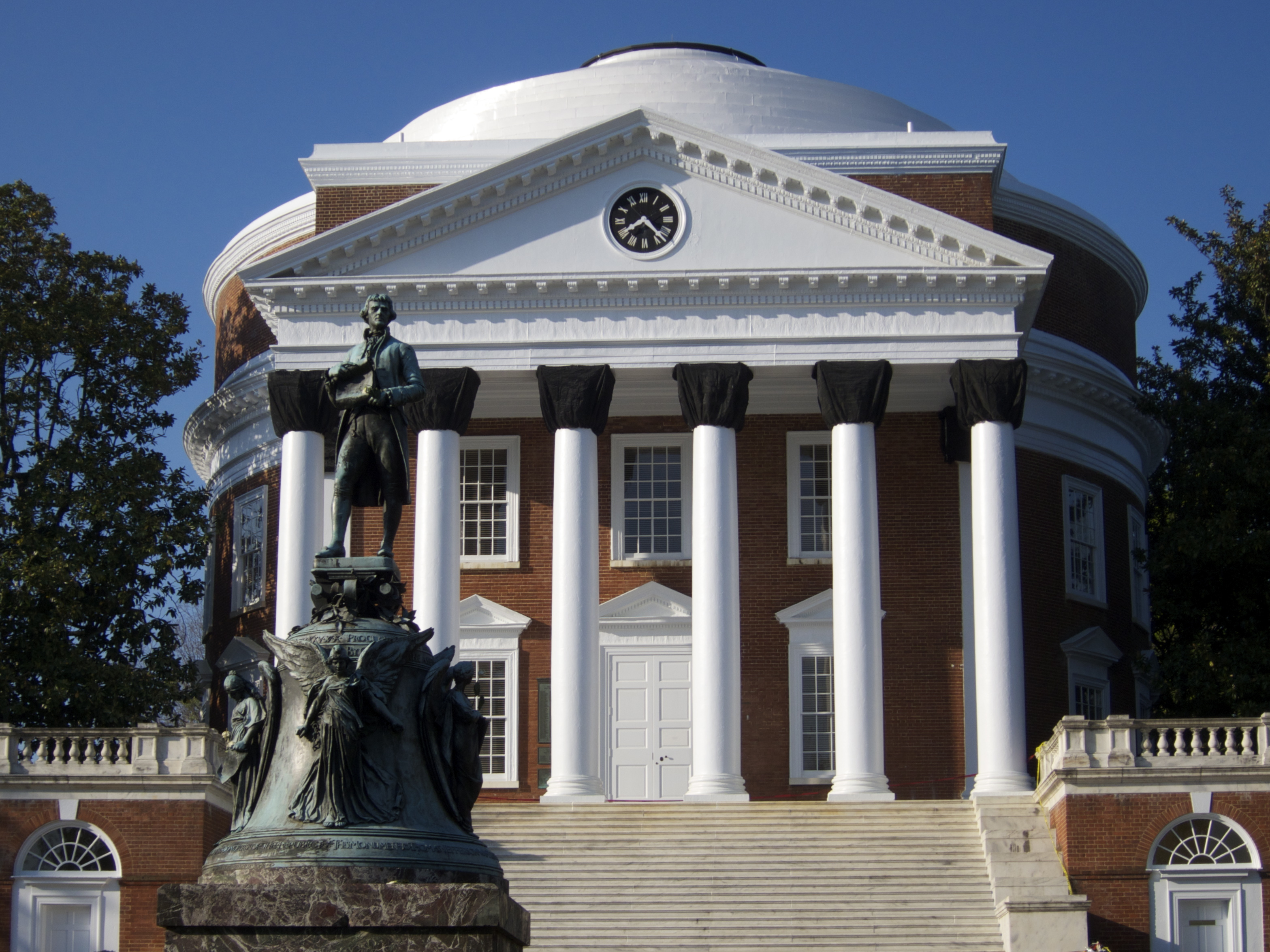 Growing up in Virginia and having a long family legacy of students attending Mr. Jefferson’s university, this  is more than startling.  Even during the late 60s and early 70s during that dark period of Vietnam and the invasion of Cambodia,  when my husband was in Charlottesville,  there, were demonstrations and civil disobedience, but nary a word against Mr. Jefferson. Not that he was revered as a god but probably a demi-god due to his many accomplishments, talents and great wisdom. The story of Sally Hemmings was out there and of course that he had been a slave owner. Both failings of a mortal man, but he was still appreciated for the  amazing contributions he made to the young country including building U-VA.  Maybe it was a knowledge that no man is perfect or without fault and mistakes but still having  an understanding that  good can be praised, without excusing the failures.

It is hard to imagine that students and faculty are criticizing  using Mr. Jefferson’s words and writing , but I guess  this is a different time and place. But  I must say, it is  almost impossible to believe  that this would ever happen  at U-VA. . . . .

Rembrandt Peale’s portrait of Thomas Jefferson hangs in the Blue Room of the White House. (AP)

In 1819, well after helping to found the United States of America, Thomas Jefferson founded the University of Virginia in Charlottesville.

It was the state’s first true public university.

Known as the “Father of the University of Virginia,” Jefferson was laid to rest at his home in Monticello, less than 10 miles from his school.

Jefferson embodied the contradictions of his time. He was a slave owner, who wrote “all men are created equal” in the Declaration of Independence. But Martin Luther King Jr., for example, regularly evoked Jefferson’s words in his speeches. On Sept. 12, 1962, King spoke at the New York Civil War Centennial Commission’s Emancipation Proclamation Observance in New York City. There he said, “Jefferson with keen perception saw that the festering sore of slavery debilitated white masters as well as the Negro. He feared for the future of white children who were taught a false supremacy. His concern can be summed up in one quotation, ‘I tremble for my country when I reflect that God is just.’”

Now, a group of students and faculty members at the very school Jefferson founded have chastised the university president for quoting him in a statement she made after the election of Donald Trump.

Sullivan wrote, “By coincidence, on this exact day 191 years ago — November 9, 1825, in the first year of classes at U.Va. — Thomas Jefferson wrote to a friend that University of Virginia students ‘are not of ordinary significance only: they are exactly the persons who are to succeed to the government of our country, and to rule its future enmities, its friendships and fortunes.’ I encourage today’s U.Va. students to embrace that responsibility.”

It wasn’t the first such email quoting Jefferson that Sullivan had written to the student body. As The Washington Post’s Susan Svrluga reported, a week earlier she sent one out after someone scrawled the word “terrorists” on the door of a dorm room where two Muslim students resided.

In that letter, Sullivan advocated peace on campus, writing, “Thomas Jefferson was the first American president to wrest power from an opposing party, yet he also provided a potent precedent for the peaceful transfer of power and the healing of a divided nation.”

With the second email, a contingent of the campus decided they’d had enough.

Assistant Professor of Psychology Noelle Hurd drafted an open letter addressed to the school’s president “to provide [Sullivan] with some constructive and respectful feedback regarding [her] messages.” This email denounced her usage of quotations by Jefferson, the school’s founder, due to the fact that he was a slaveholder.

The letter read, in part:

We are incredibly disappointed in the use of Thomas Jefferson as a moral compass. Thomas Jefferson owned hundreds of slaves. Other memorable Jefferson quotes include that Blacks are “inferior to the whites in the endowments of body and mind,” and “as incapable as children of taking care of themselves.” Though we realize that some members of our university community may be inspired by quotes from Jefferson, we also realize that many of us are deeply offended by attempts on behalf of our administration to guide our moral behavior through their use.

It stated that, “although some members of this community may have come to this university because of Thomas Jefferson’s legacy, others of us came here in spite of it.”

Finally it stated, “For many of us, the inclusion of Jefferson quotes undermines the messages of unity, equality, civility, and inclusivity that you are attempting to convey.”

“The intention of the email was to start a conversation with our administration regarding ways to be more inclusive,” Hurd told the Cavalier Daily. “In the current climate, we must seize every opportunity to communicate that this university welcomes individuals from all backgrounds.”

Politics professor Lawrie Balfour, who also signed the letter, said that a simple mention of Jefferson is enough to undo progress — a cycle that’s oft repeated during her decade and a half with the school.

“I’ve been here 15 years,” Balfour told the Cavalier Daily. “Again and again, I have found that at moments when the community needs reassurance and Jefferson appears, it undoes I think the really important work that administrators and others are trying to do.”

Sullivan quickly responded on Monday with a letter that reaffirmed the university’s “long-standing tradition of open discourse” in which she wrote, “I fully endorse their right to speak out on issues that matter to all of us, including the University’s complicated Jeffersonian legacy.”

“In my message last week, I agreed with Mr. Jefferson’s words expressing the idea that UVA students would help to lead our Republic. He believed that 200 years ago, and I believe it today,” Sullivan wrote, continuing to state this doesn’t indicate that she agrees with all of the man’s actions, thoughts or politics.

UVA is still producing leaders for our Republic, and from backgrounds that Mr. Jefferson could not have anticipated in 1825, when he wrote the words that I quoted. Today’s leaders are women and men, members of all racial and ethnic groups, members of the LGBTQ community, and adherents of all religious traditions. All of them belong at today’s UVA, whose founder’s most influential and most quoted words were “ . . . all men are created equal.” Those words were inherently contradictory in an era of slavery, but because of their power, they became the fundamental expression of a more genuine equality today.

4 Responses to Group of U-Va. students, faculty ‘deeply offended’ by Thomas Jefferson being quoted at school he founded