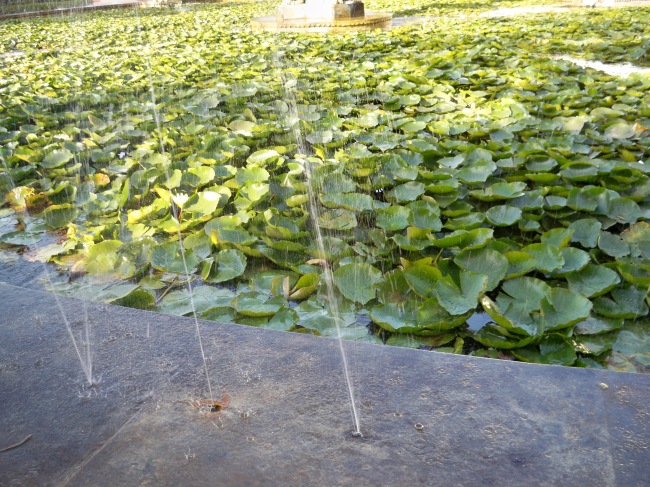 A garden is a peaceful place for relaxation, rest, and contemplation.  It can also be a meeting place.  Such it was in a garden, Jallianwala Bagh,  in Amritsar, Punjab on Sunday, April 15, 1919. The day was one of the Punjab’s largest religious festivals. During this historical period, there was a time of unrest and protest against the British rule and Indian people were not free to move around or meet in groups.This, too, was the case of slaves in the South before the Civil War. Plantation owners feared revolt. Slaves were not taught to read or write and could only congregate on Sundays at church. But these pronouncements in India  were published only in English, unread by the many non-English speaking or  reading  Indians.  The group of men, women, and children numbering thousands were meeting to plan a protest of the unjust British laws as well as celebrate the festival.  The crowd was peacefully sitting and listening to speakers and no one in the garden was armed.

Without warning, 50 British soldiers walked in through the only entrance to the garden, blocking any means of escape. The soldiers stood in execution lines. General Dyer gave the order to “Fire until all the ammunition is exhausted.” The soldiers shot over 1600 rounds of ammunition into unarmed, defenseless men, women, and children. Desperately trying to escape, people fought to climb the surrounding walls, and locked gates.  Still the bullets kept coming.  There is a large well in the center and many fleeing people decided to throw themselves and their children into the well to a death by drowning rather than be shot.  I thought of the poor people on 9/11 in New York, at the World Trade Center,  who decided a quick death by jumping was preferable to waiting to be burned alive.  They faced the same death decision as these Indians so many years ago. The well is dry today, and is named the Martyr’s Well.  The following is a reenactment of the massacre on YouTube and  is a chilling picture of the event.

There is a picture of this” killing field”  in the garden and when seeing it,  I was reminded of  Picasso’s Guiernica, a painting  showing the horrors of war.  General Dyer was later relieved of his command, but until this day no British leader has apologized for this their bloodiest act in India.  Last year David Cameron, the Prime Minister voiced regret, but stopped just short of an apology.

This date in Indian history may well mark the beginning of their  long  journey for independence from Britain.  And on this  date, Jallianwala Bagh once known as a peaceful garden, became known as hallowed ground and now a place  to remember this  merciless massacre.

7 Responses to A Garden?